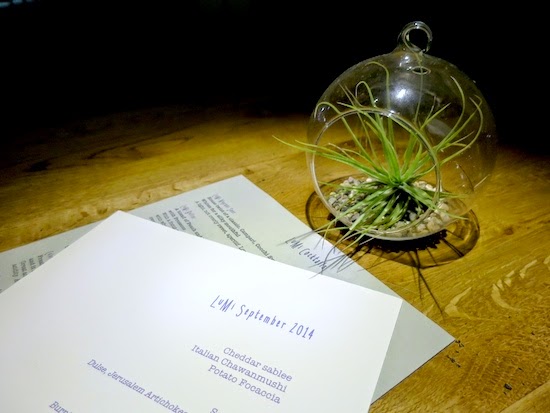 I'm just going to state it upfront - I like LuMi.

It's a perfect restaurant for a date night; not to stuffy and located right by the wharf for that nice little stroll right after (or before) dinner. It's a great restaurant to enjoy a good night out with close friends. It's even family oriented. A girlfriend was raving about how well her little 2 year old was so well taken care of on the night she dined there. But none of this would matter if the food wasn't good.

Read more »
posted by sooks at 11:54 PM 1 *burp*
Email ThisBlogThis!Share to TwitterShare to FacebookShare to Pinterest 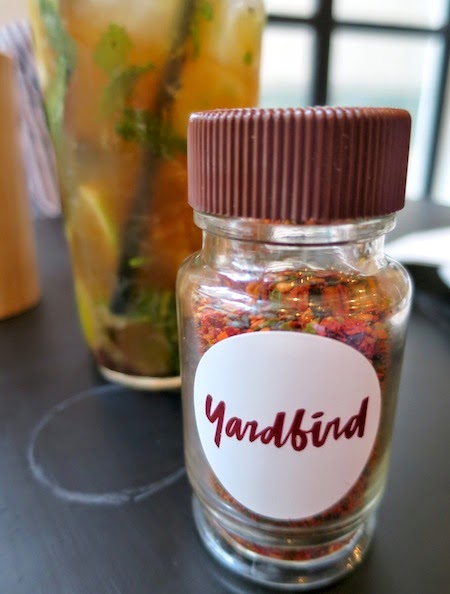 It's truly been a while since I've had excellent kushiyaki. It might sound simple but it is an art to ensure that the grilled meats on skewers taste juicy, succulent and smoky from the slight char from the flames. My favourite has always been Torisho Taka in Singapore but that has since closed down. In Sydney, I've never been a place that totally specialises in kushiyaki/yakitori and in the few places where I've had the opportunity to savour some of the kushiyaki offerings on a menu, they've never really blown me away. And that is why I hope that a place like Yardbird opens in Sydney.

Yardbird in Hong Kong is just that kind of restaurant you would wish was in your neighbourhood - it's hip, very casual, inviting and best of all, it serves excellent food. In order to ensure that one gets a table without having to wait too long (the restaurant has a no-reservation policy), there is only one rule. Get in early (or very late, whichever you prefer).


Read more »
posted by sooks at 12:16 AM 3 *burp*
Email ThisBlogThis!Share to TwitterShare to FacebookShare to Pinterest

A brush with Boston. 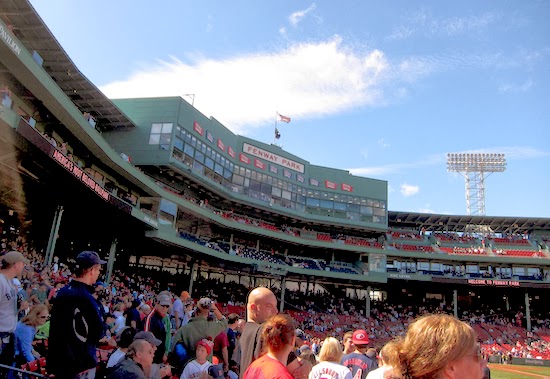 I'm not a sporty kinda person I'll admit. However, I've definitely watched my fair share of football matches, basketball playoffs, the Olympics etc. On the telly, that is. I have never watched a professional game live (I think) except for probably once at a golf event. That was probably it. 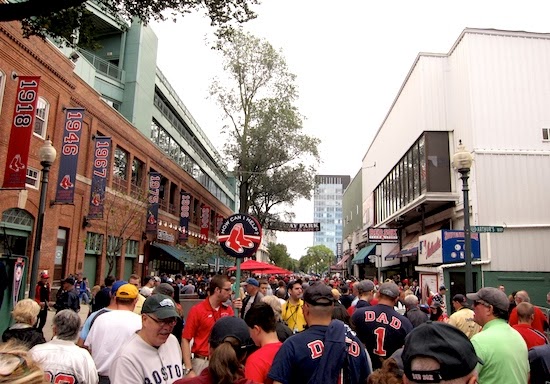 With us headed to New York, R planned for a quick stop in Boston just to watch his favourite baseball team, the Red Sox, play. Afterall, they were on a winning streak (we watched the last match of the regular season). Watching them play and hitting the home runs was an amazing experience; once in a lifetime probably. Just being in the legendary Fenway Park grounds was exciting in itself. I was suddenly the crazy sports fan, screaming, singing along to Sweet Caroline and snapping up all sorts of Red Sox memorabilia. It was quite astonishing how much of that energy of just being in a stadium full of baseball fans could rub off on me. Plus I almost felt proud as everyone in the stadium stood up to sing The Star-Spangled Banner in unison. It's hard for Americans to not be patriotic especially if you're a sports fan really. 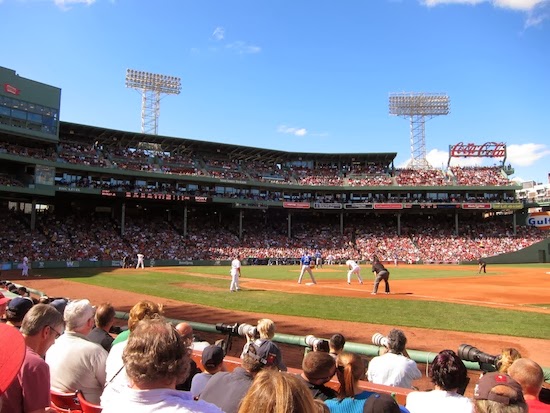 The Red Sox won that game of course and we were right there to witness it as they went on to win the World Series eventually. And I got to score some pretty awesome grub. 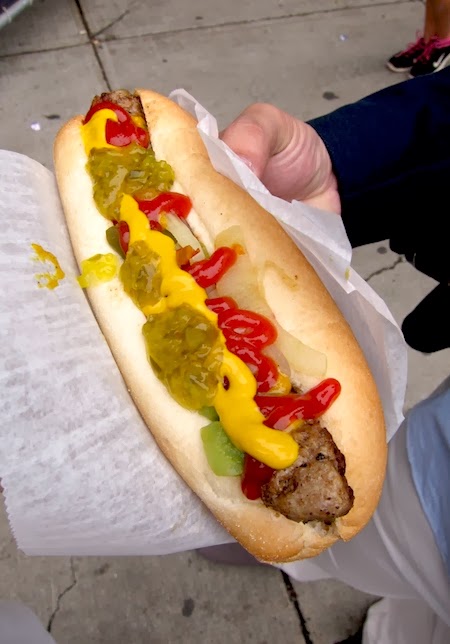 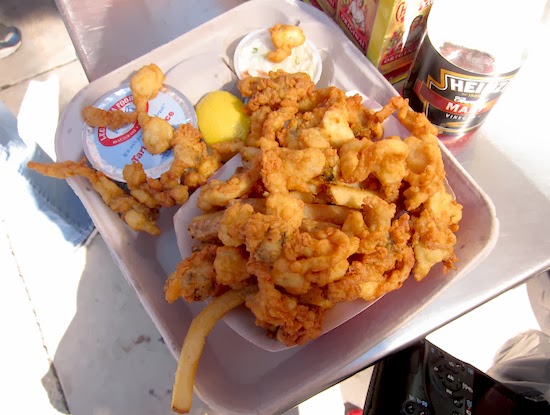 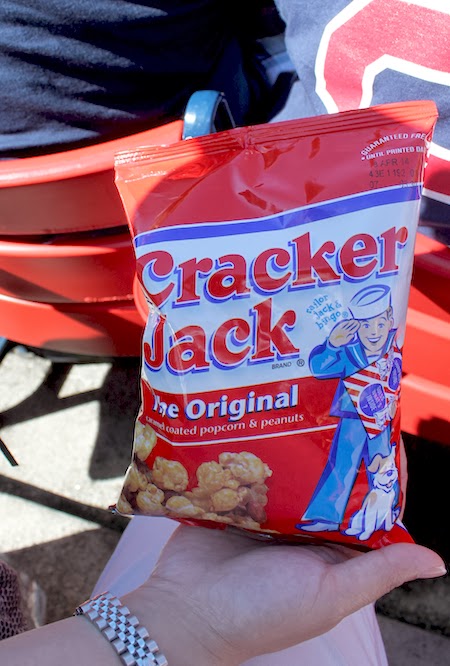 Take me back to the ball park!
posted by sooks at 8:38 PM 3 *burp*
Email ThisBlogThis!Share to TwitterShare to FacebookShare to Pinterest

Momofuku Ssäm Bar
207 Second Avenue
at 13th Street
New York, NY 10003
Website: http://momofuku.com/new-york/ssam-bar/
I have been thinking for awhile about how to start this post off. There's been plenty of ideas swirling around in my mind and one of which was to talk about the genius that is David Chang. It was however, difficult to summarise how much of a "rock star" Dave Chang is and to explain just how much influence he has in the culinary world. In my opinion, Jamie Oliver has made cooking at home fun but Dave Chang has made food "cool". I admit, I am a fan. That is why, we HAD TO visit at least one Momofuku restaurant before we left the Big Apple. 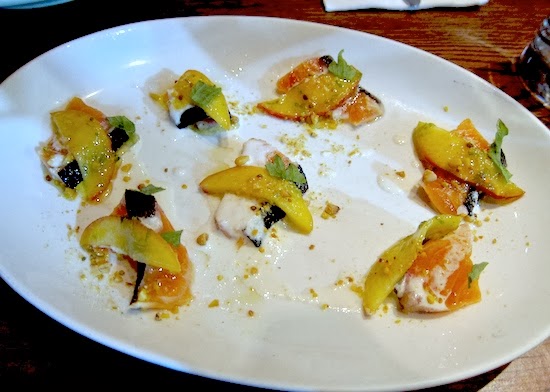