I've been lucky to visit Tetsuya's twice in the last 2 years in my 3 visits to Sydney. The first time was in the winter of 2008 and the last was in May of this year. I had decided a long time ago not to post about Tets since some time had passed since dining there but as the saying goes, better late than never. Yes, this post is long long overdue but I felt the need to express how upset I was that Tets lost one of its 3 chef hats which it had earned and kept since 1992. 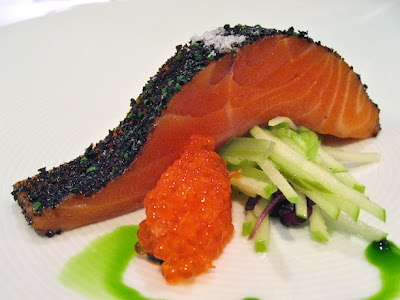 Confit Petuna Ocean Trout with Konbu, Celery & Apple
Restaurants in Sydney have their own restaurant rating system which is somewhat like the Michelin Guide except that the Sydney Morning Herald's Good Food Guide awards chef hats instead of stars. The top honour of having 3 chef hats is given to the best and brightest in the restaurant scene and in my opinion, Tets deserves that. It was big news when it was announced that Tets had lost one of its chef hats. Neil Perry from Rockpool couldn't even comprehend how Tets could have been demoted in rankings simply because its food wasn't "surprising" anymore. I may not know the little details of how these things get judged but I do know that a restaurant that delivers consistent and excellent cuisine whilst offering the most personable service is far more difficult to run compared to a restaurant that is all hyped up for a while before fading off eventually.

These are the pictures from my recent dinner in May this year. The star at Tets is still its Confit Petuna Ocean Trout which is cooked with the oven door open. I remember how I was amazed at how it cut through like a cooked fish but tasted and looked like it was raw. This dish was what started my love affair with ocean trout.

Other dishes such as the Braised Ox Tail with Sea Cucumber & Yuzu and the Sirloin of Wagyu with Braised Leeks, Sansho & Soy were also excellent and most memorable. This dinner had somewhat of a Chinese-inspired theme with the use of ingredients such as blackbeans and braised wood ear mushrooms. I enjoyed every bit of it. 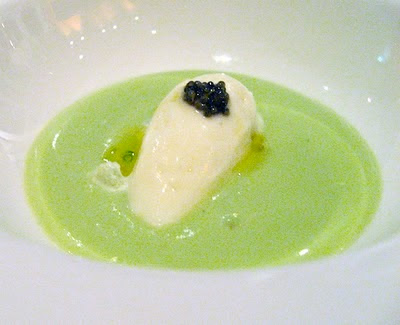 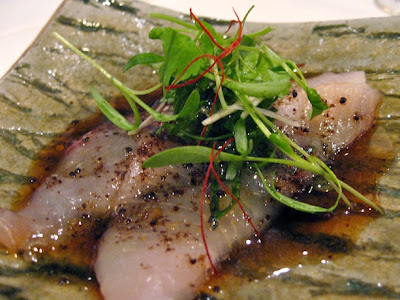 Sashimi of Kingfish with Blackbean & Orange 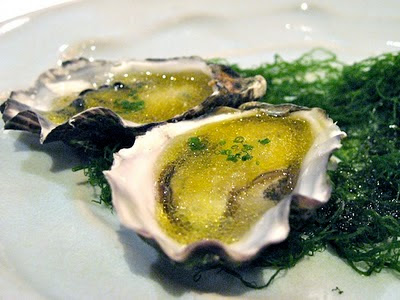 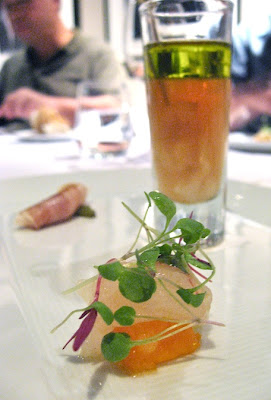 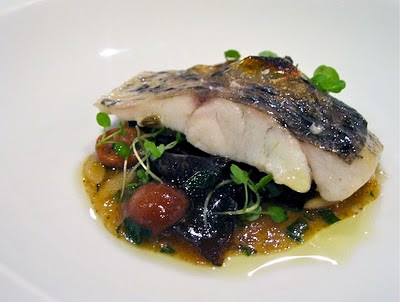 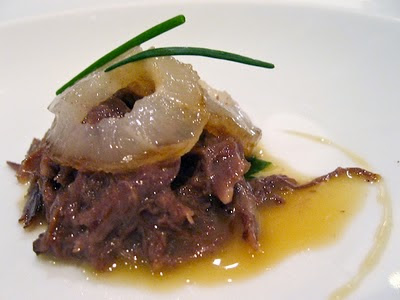 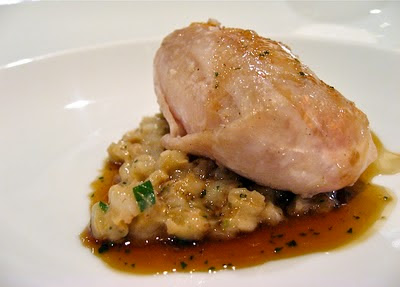 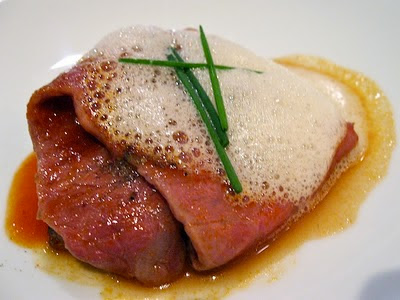 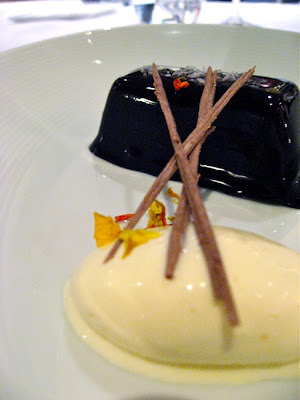 Chocolate Pavé with Cream Cheese Ice Cream & Cinnamon Twigs
One of the reasons that I'm in love with food and generally anything related with it is the fact that it is such a subjective topic; peoples' opinions could vary greatly even if they were eating from the same pot. Whilst there are many innovative restaurants and upcoming new chefs, I always believe that when the food and service is impeccable and consistently deemed as so by many others, it deserves accolades.
Tetsuya's is an Australian institution. It's undeniable that those who know their food would think of Tets whenever they think of a trip to Sydney. Tetsuya's may have lost one of its hats today but in my heart, it deserves all 3 of it, if not more.
If you'd like to read more about the awards announcement, pls click here.
For a list of winners awarded by the SMH Good Food Guide, pls click here.
posted by sooks at 6:22 PM
Email ThisBlogThis!Share to TwitterShare to FacebookShare to Pinterest