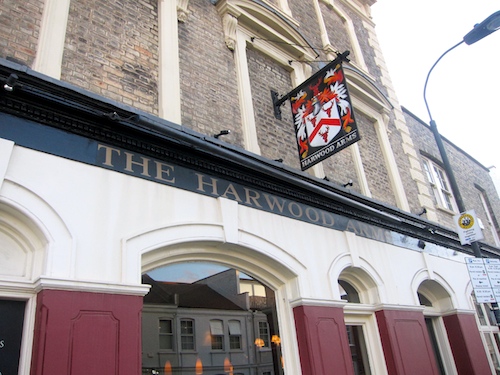 When R & I were planning the trip, we made sure that we had a variety of places that we could dine at. We knew that we couldn't leave London without trying the food at a British pub. So The Harwood Arms came into the radar and onto our itinerary. The Harwood Arms is the only pub in London to have landed themselves a Michelin Star and is co-owned by Brett Graham of The Ledbury fame (see my entry on The Ledbury here). Located in the Fulham area, it is nestled among residential housing, out of the usual touristy areas and doesn't look like a Michelin Star recipient from the outside if I'm being honest. Step inside and it is abuzz with chatter and a great amount of warmth. Have a taste of the food and then you'd realise why it is most deserving of an accolade. If pub grub was as good as this back home, I'd have pub grub any day of the week! 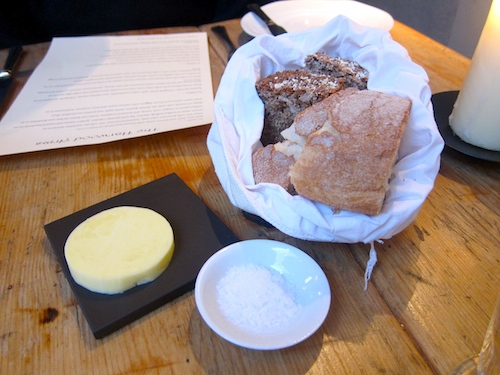 The weather was cold out when we arrived (blame it on the unpredictable London weather) and I was dying for some hot soup so my eyes zoomed towards the Split Pea, Ham & Lettuce Soup. It definitely helped warm me up with its hearty flavours. The Ham Hock on Toast was extremely delicious, had a good amount of salt and was a good accompaniment for the soup. 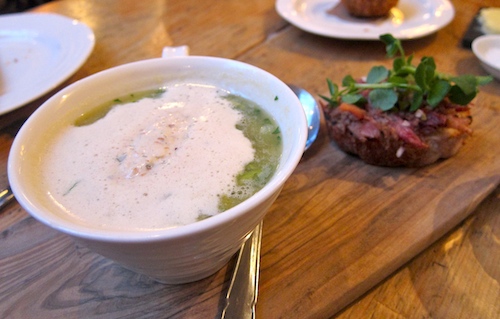 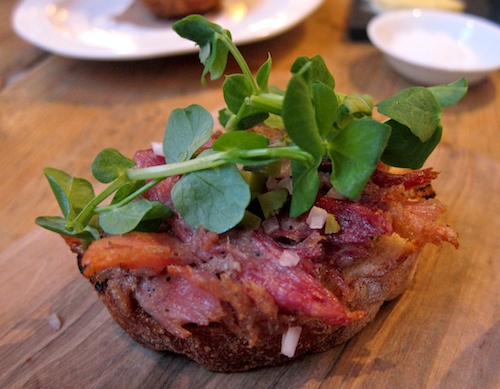 R's choice of the Grilled Salted Ox Tongue was a good one too. The ox tongue was extremely tender and I would not have guessed that it was tongue that we were eating if the menu had not told us so. The croquette was nicely fried and crispy although it didn't really have an obvious mustard flavour. 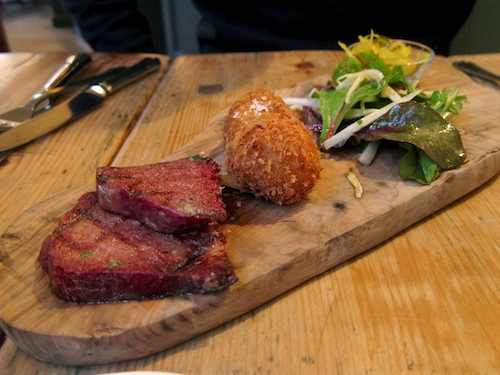 The Venison Scotch Egg was what drew me to The Harwood Arms in the first place. A nicely cooked egg with a soft gooey yolk in the center, wrapped with thin slices of venison, coated in bread crumbs and then deep fried to perfection! When we looked at the menu, it was nowhere to be found and I think I literally went into a mini mini panic attack. Thank god I decided to ask the friendly waitress and she told me that it was available on the bar menu which we could also order off from. It was exactly what I imagined it would be if not better. The only regret I have now is that I only had ONE! Darnnnn... 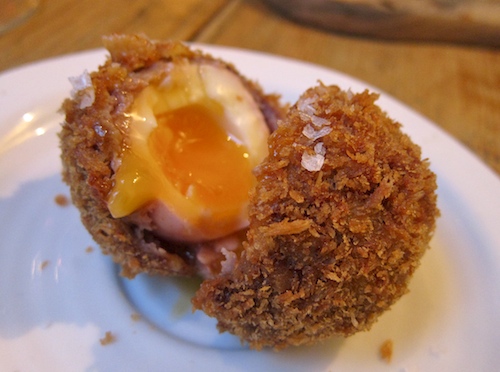 The real Star of the night was the Braised Shoulder of Roe Deer. Roe deer is just basically a Eurasian version of a deer, belongs to the same deer family but is apparently smaller in size compared to a normal deer. It was DELICOUS! The meat was tender and falling off the bone and the saltiness from the bacon contrasted well against the sweetness of the glaze on the meat. The butternut squash was my favourite out of all the sides which accompanied the meat really well. This really was a memorable dish and until today, we still regret that we didn't finish/eat enough of it cos we were jet-lagged and very stuffed from lunch earlier that day. 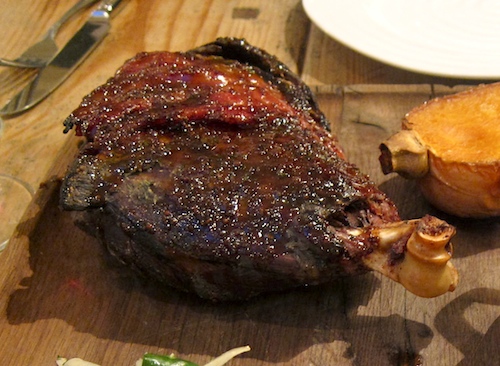 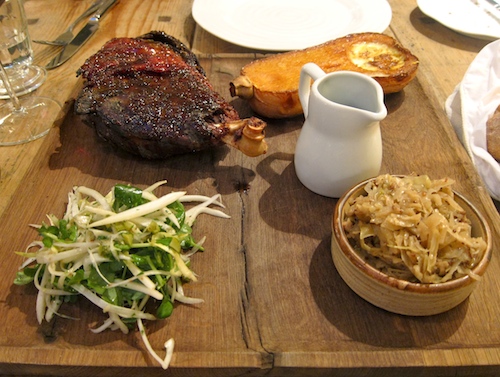 The meal at The Harwood Arms was truly an exceptional and memorable one. Who was the one who said that British food is sub-par again?!
posted by sooks at 6:14 PM
Email ThisBlogThis!Share to TwitterShare to FacebookShare to Pinterest