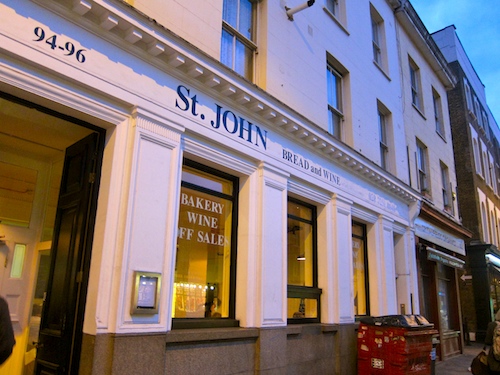 Back in London again!

There seems to be a couple of food trends going on at the moment; the movement from fine to casual dining, sharing plates, foraging. There is also one that Asians, in particular the Chinese, have been doing for god knows how long and is now a big hit in the Western world - nose to tail eating. There is one person who is well known for popularising and synonymous with this "new" way of eating and that person is Fergus Henderson (along with Trevor Gulliver), chef and owner of St. John Bar & Restaurant.

The St. John brand is definitely one that is well recognised in the food scene today. Not only did they expand their operations to open St. John Bread & Wine in 2003, St. John Bakery in 2010 and most recently, moved into the hospitality business with the opening of St. John Hotel in Spring 2011. A visit to the original St. John Restaurant was high on the must-visits list for R but after having to fit all that we wanted to eat into the few days we were in London, we had to ditch that plan and finally found us a table at St. John Bread & Wine. 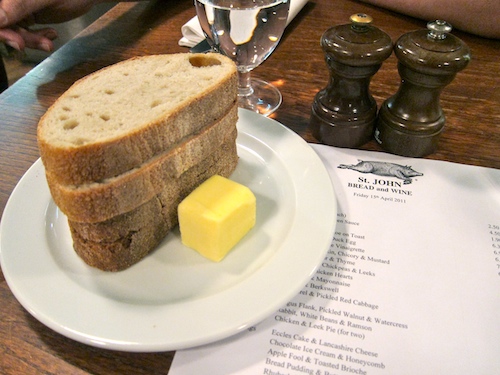 I'm sure the food served at St. John Restaurant is well deserving of its 1 Michelin Star but I wasn't the least disappointed with the food I had at Bread & Wine. I loved that the food didn't come in huge portions cos it meant that we could get to sample more of the offerings! 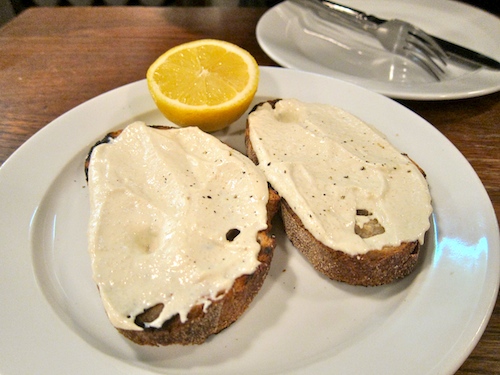 After settling in nicely with some bread and small bottle of fizzy lemonade, our first dish of Smoked Cod's Roe on Toast arrived. As expected, it was smoky (as it should be) without being overpowering and slightly salty which was easily offset by a squeeze of lemon juice over it. I've always had a soft spot for pâtés and this was one which I had never tried before and liked. Spread it over some crusty bread and we were off to great start! 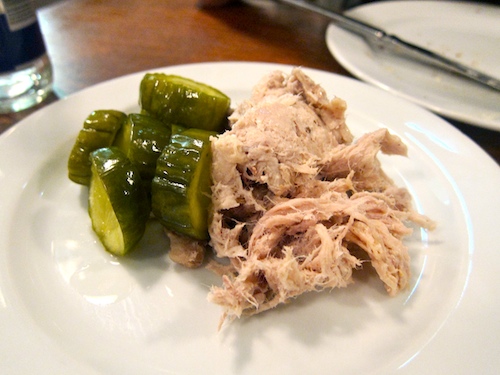 This was another delicious dish but didn't really blow my socks off just because I had tried something like this before. I would have loved if it was served with some thin pieces of toasts just so that there was a bit of crisp with all that meat. I did think that it went well with the pickles though and in fact, I loved the pickles as they weren't overly tart and had a whole lot of crunch. 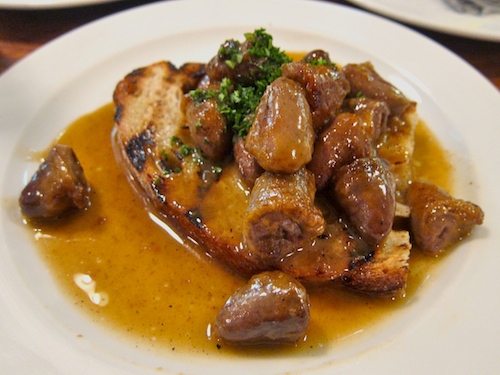 I would gladly and loudly declare that this was my favourite dish of the night. The hearts were nice and crunchy. The sauce was extremely flavourful. In fact, we loved the sauce so much that we used the complimentary bread to mop up all of it. This is one of those dishes that was the highlight of the trip and a dish that I wish I could get to eat more often. 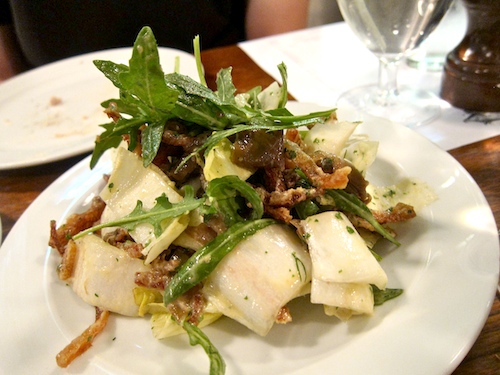 The mustard dressing and the pig's skin were what I liked about this dish but I didn't really care of the chicory because it made the dish a whole lot of bitter. I guess the vegetables would have been necessary nonetheless considering the lack of it throughout the meal thus far.

And we move on to dessert. The first dessert that arrived was Eccles Cake that came with Lancashire Cheese. This dish is widely recommended and quintessentially British. Named after the English town of Eccles, it is a cake that's filled with currants, made from flaky pastry and traditionally served with Lancashire cheese. I liked the hard cheese but honestly wasn't a fan of the cake because I don't really fancy raisins, sultanas that kind of thing. R did like it though. 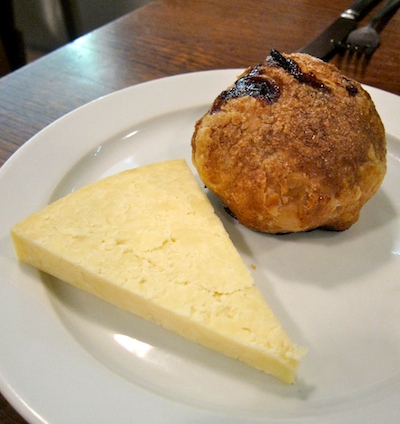 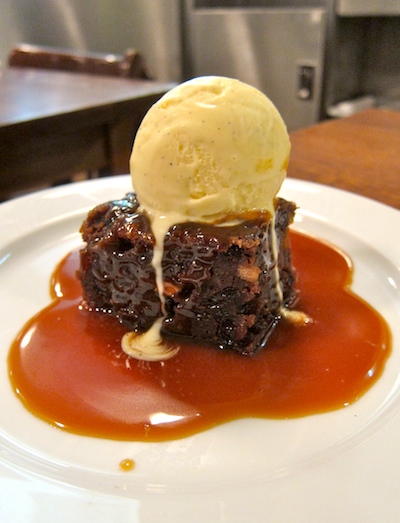 Whilst this dish was full of raisins as well, I did like this better simply cos I love bread puddings. And what's not to like if it has warm butterscotch sauce poured all over and topped off with a nice big scoop of creamy vanilla ice cream. Yum! 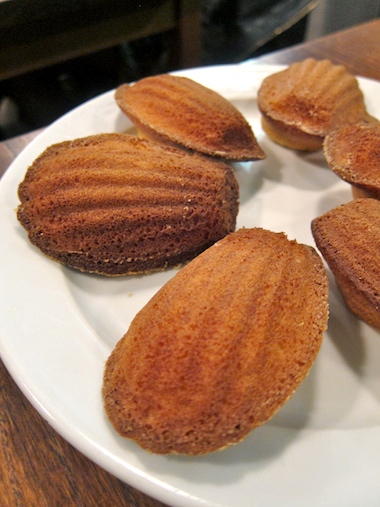 In case you were wondering, 'that's a whole lot of food for 2 people!', don't worry. We've reached the end. We just couldn't leave with ordering the freshly baked madeleines. Fresh out of the oven, it was nicely brown and crispy on the outside and moist and warm on the inside. I thought I was going to take home whatever we couldn't finish but it was so good that we ate them all up!

There were a whole lot of other stuff that I wanted to try but didn't get to. The blood cake, the chicken and leek pie.. I guess this only means one thing. Another visit when I next return to London!
posted by sooks at 3:00 PM
Email ThisBlogThis!Share to TwitterShare to FacebookShare to Pinterest