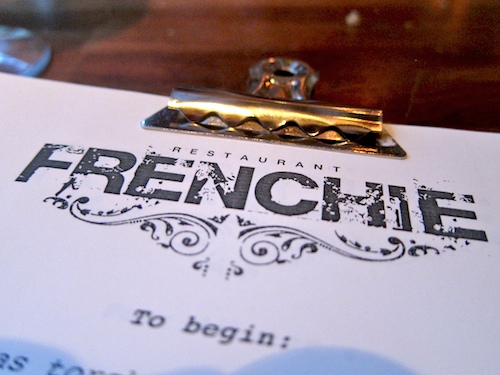 I had so many different experiences during my trip to Europe. Some I remember more for the awe of being in a fine establishment and some I remember for the delicious food. Frenchie was where the food spoke for itself and thrashed all expectations of what Paris had to offer.

It was no easy feat scoring a table at Frenchie. Over the course of a month and several phone calls in between, I finally had someone on the phone taking my reservation. I remember telling R after I got through, 'for all that trouble, this better be good!' I read a lot about Frenchie online and saw Anthony Bourdain and Eric Ripert dine there on No Reservations (that episode was tres useful for the trip by the way). And to be honest, my expectations were already high up there by the time I made my booking. 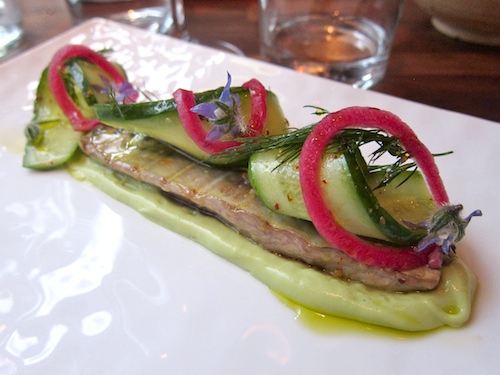 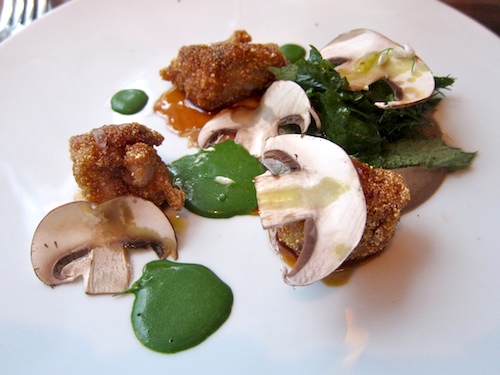 Frenchie is run out of a small little shop located in a nondescript back lane which you would hardly walk into if you were not looking for something in particular. Opened in April 2009, Chef Gregory Marchand is the owner and the genius behind this simple and honest outfit. Why the name Frenchie? Simple. It was because that was the chef-owner's nickname in the kitchen when he was behind the stoves at Gramercy Tavern in New York and Jamie O's Fifteen. There aren't many staff in the kitchen and he's standing at the pass making sure that every dish is plated beautifully before it gets sent out. At times he would be oddly looking out of his pass window, staring and possibly looking at his diners' reactions after tasting his food. Without a smile and quite stern he looks, if I must add. 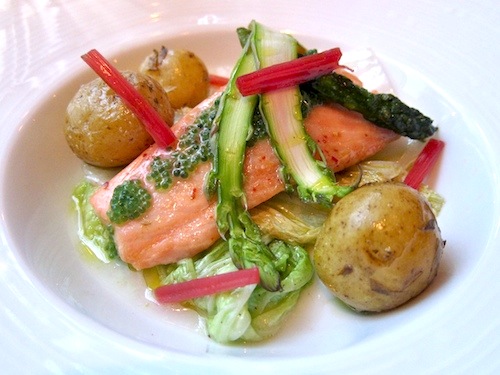 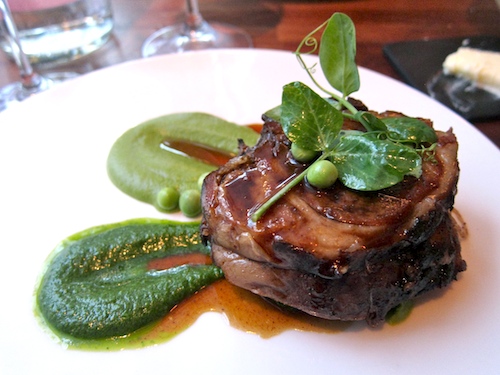 The concept here is really simple, as is the food. By no means does that mean that the food does not shine. Cos it did. At Frenchie, diners get a choice between a 2 or 3 course off the prix fixe menu with 2 options available for each course. One could do 4 if one wanted to include the extra Cheese course as well which is what we did. Prices range between €34 and €45. Between the 2 of us, we ordered everything on the menu so that we could taste every bit that Frenchie had to offer. 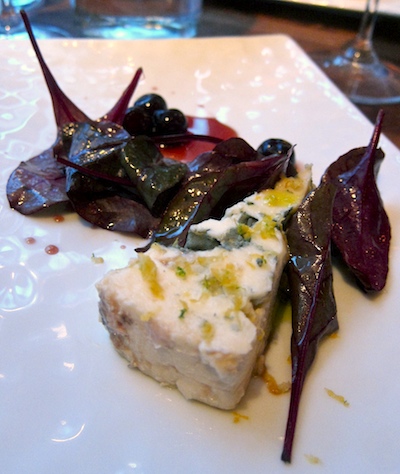 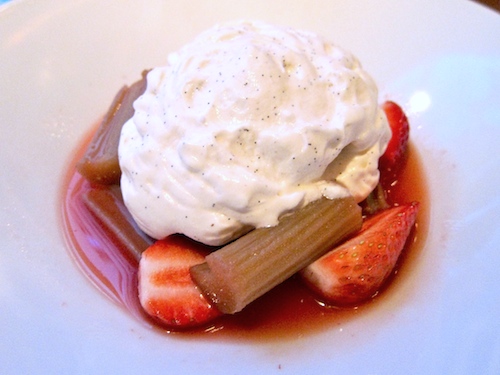 The food really blew us away. Every single dish was outstanding. The only fault if I have to pick one was that the shortbread drowned and disintegrated in the strawberry soup BUT I still slurped up every morsel of it, including all that cream. It really is hard for me to pick one single dish that I loved out of that night but if I had to, it'd probably be a toss up between the Trout and the Lamb. The seasonings were spot on, the Trout was delicately cooked and the Lamb was awfully succulent and tender. The cheese was excellent with the cherries and the salad although I was pleasantly surprised when I saw the leaves on the plate when it arrived at the table. Not to mention, his signature Smoked Mackerel was the first dish that set off the excitement for the rest of the meal.

This is one place that I've been recommending to friends who have or are paying a visit to Paris soon. And without doubt, it's certainly a place I will return to again when I head back to Paris next.

Oh and the chef? I managed to get a smile and wave out of him when I gave him a thumbs up just as I was leaving the restaurant...
posted by sooks at 3:27 PM
Email ThisBlogThis!Share to TwitterShare to FacebookShare to Pinterest