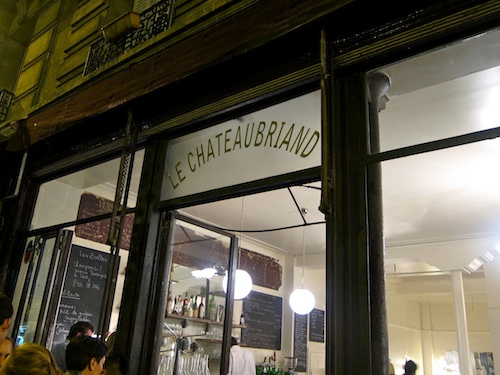 Le Chateaubriand was probably one of the restaurants I was most excited about visiting, if not the most. It is afterall, ranked 9th on the San Pellegrino's World's 50 Best Restaurants list. Making a rapid ascend on the San Pel list from number 40 in 2009 to 9 in 2011, one almost gets an impression that owner and chef, Inaki Aizpitarte is the "rebel" of the restaurant scene in Paris - choosing to set up his own uber cool, no frills restaurant in the city of Michelin Stars. He's been talked about on magazines, tv shows you name it. Anthony Bourdain and Eric Ripert seemed to love it much when they filmed an episode of No Reservations there (and I did confirm that with Tony Bourdain when I met him after the trip). The food did look good but truthfully, I wanted to check out the hype.

For a €50 prix fixe menu, I'd say it's pretty good value considering that it is lauded to be one of the world's top ten. Before we even got to the main menu, the table was hit with 5 amuse bouches. The little starters were fairly simple and some were tastier than others. I wasn't a fan of the artichokes because I just usually don't like eating them this way. I did like the cheese gougères as always, the fish ceviche had a good hint of acidity and the mushroom dashi was extremely light. The one thing that surprised me was the red mullet. I had eaten quite a fair share of mullet on this trip but I've never had it served in its whole with the bones intact. It was a tasty dish but terribly hard to maneuver with simply because mullet has a lot of tiny bones. 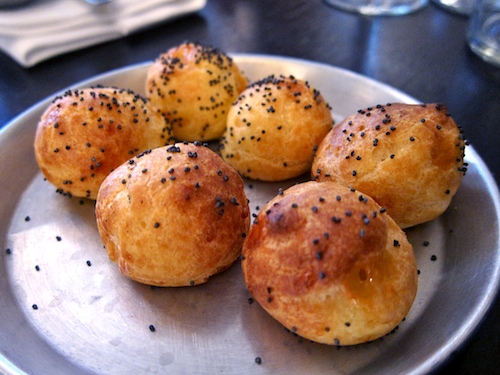 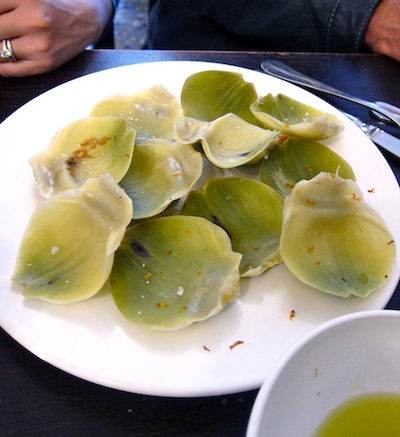 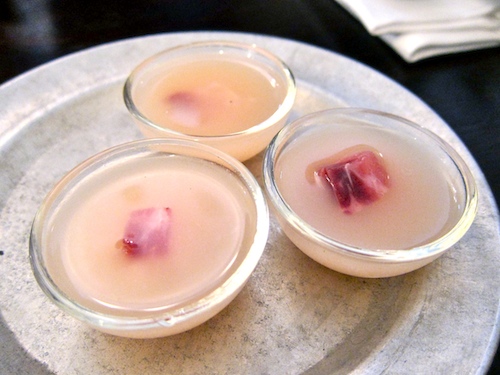 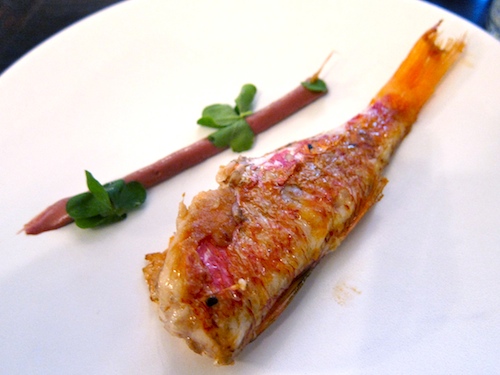 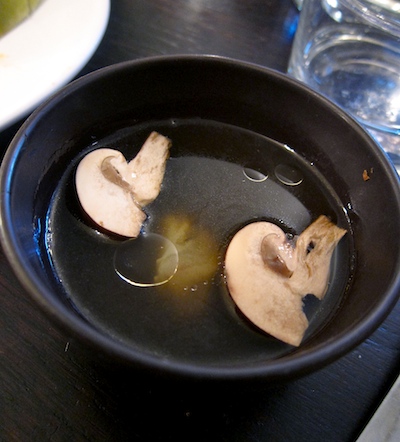 The one dish I didn't enjoy was the first proper course of the meal. It was just a pretty odd dish for me. The combination of white asparagus, sheep's milk, parmesan and lemon just didn't work in my opinion. Plus the dish was ice cold. It just isn't a dish up my alley especially since I usually like lots of flavour and all I got from this dish was just a lot of acid. 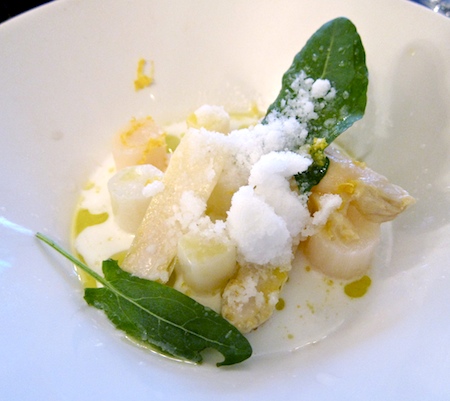 The next 2 main courses fared very well. I especially liked the fish with the peas and sea urchin. I wished for more of that sea urchin because it was so sweet and paired so well with the white fish. The lamb was cooked beautifully pink as well. Although rhubarb and raspberries are usually seen more in desserts, they paired really well with the lamb as the slight acidity helped to cut through the fat of the lamb. 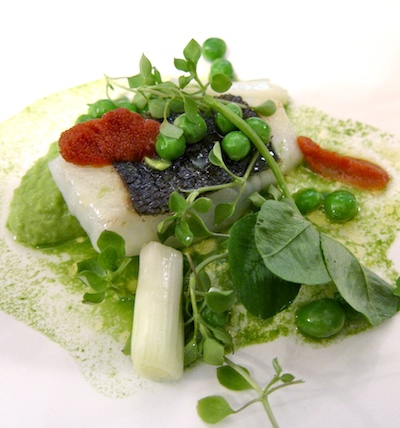 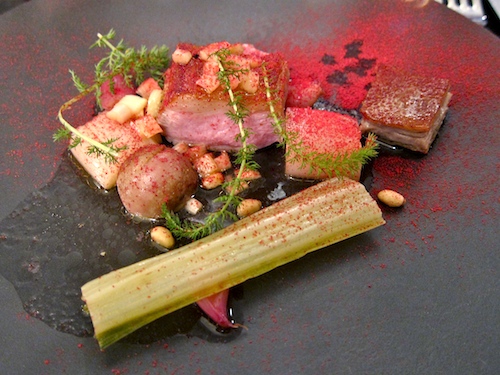 The first of the desserts presented comprised of a blood orange sorbet, endives, chicory and black olives (those crumbs are it). Whilst I liked the sorbet and the saltiness of the olives, I wasn't a fan of the bitter endives. We could have a choice between dessert or cheese for the 2nd part of the dessert course. The cheese was pretty nice and consisted of thin slices of (possibly) Comte and Roquefort. The dessert presented showcased different textures of chocolates; from paper thin wafers to a thick ganache. Paired with a celeraic ice cream, this dessert was rather earthy and wasn't too rich. 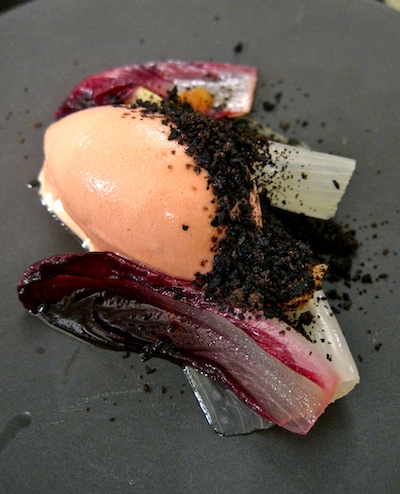 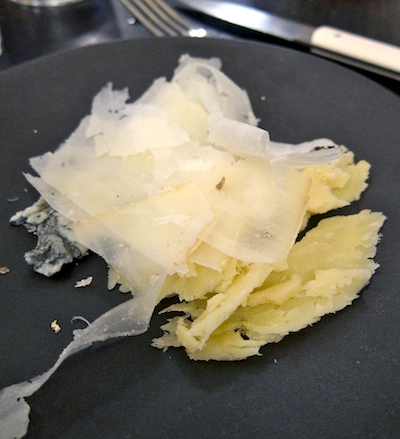 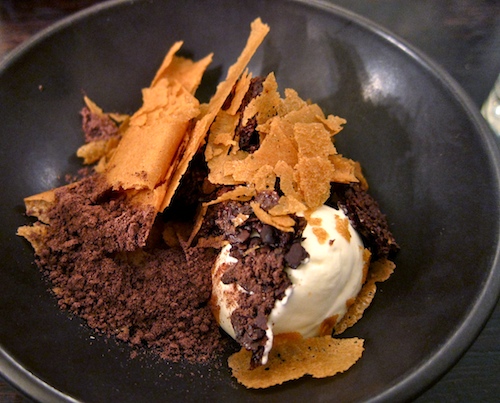 The dinner ended a magnardise of strawberries with fennel seeds. In some way, it was interesting cos it was a departure from the usual chocolates, meringues etc. But it was something I would not have missed even if it wasn't brought to the table in the first place. 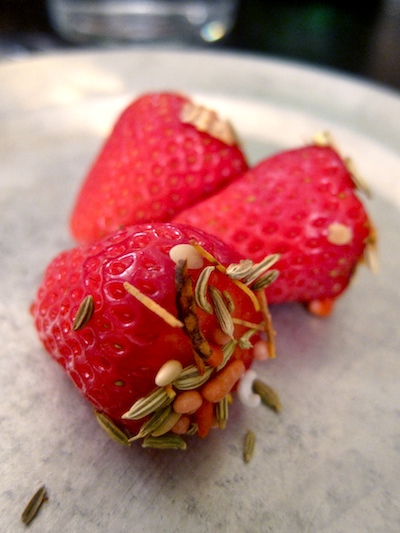 If you've read reviews of this place, you'd find that the verdicts have been pretty extreme; it's either you like it or don't. For me, it was an interesting experience but it was hit and miss. I guess for its reputation and standing, I was expecting something more. Having said that, I would still give this place a second try if I visit Paris again but it won't be the first place I'll rush to.

posted by sooks at 7:45 PM
Email ThisBlogThis!Share to TwitterShare to FacebookShare to Pinterest