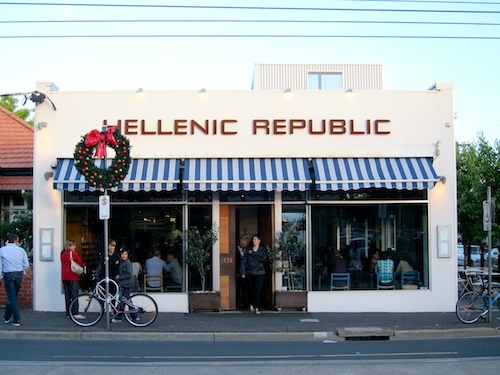 A failed attempt at getting us a table at The Press Club left us with a reservation at Hellenic Republic, another one of George Colombaris’ establishments. It only seemed apt to have a taste of Greek cuisine considering that we were in Melbourne which has the largest population of Greeks outside of Greece.

Tucked in the cosy neighbourhood of Brunswick East and away from the city of Melbourne, Hellenic was buzzing with families and friends who looked like they were having a whole load of fun and enjoying their food. The service was hospitable and honestly, I was impressed with the food (save for the desserts). I don’t eat Greek very much usually so I can’t say that I’ve always been a fan but this meal, I loved. I just wished I wasn’t still full from lunch! 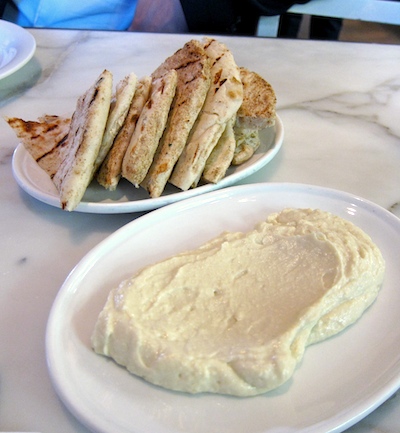 Taramosalata - White Cod Roe Dip
The Taramosalata was honestly one of the most delicious and memorable things I ate all year. It may be simple but I couldn’t get enough of it. And despite knowing that I needed to save my stomach for the dishes to come, the warm pita bread that was the perfect accompaniment for the dip just made things worse. This dish alone will bring me back to Hellenic. But of course, the other dishes were enjoyable too. 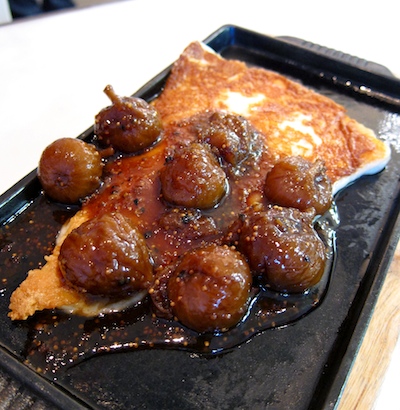 The Tyri Saganaki was a hit at our table as well. Kefalograviera is similar to haloumi cheese and saying that the cheese went well with the figs is an understatement. It’s known that they work hand in hand. This dish however, arrived on a hot plate and the warm cheese with a slight crisp on the top just made the dish a touch better because such a cheese can be dry and chewy if it turns cold quickly.

Wanting to try more dishes, the waitress was kind enough to offer us a ‘half and half’ of the chicken and lamb. I preferred the chicken because it was just so juicy and flavourful. The lamb had a good flavour too but was just a tad dry for my liking. 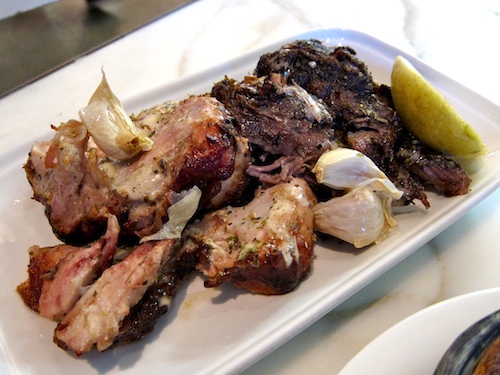 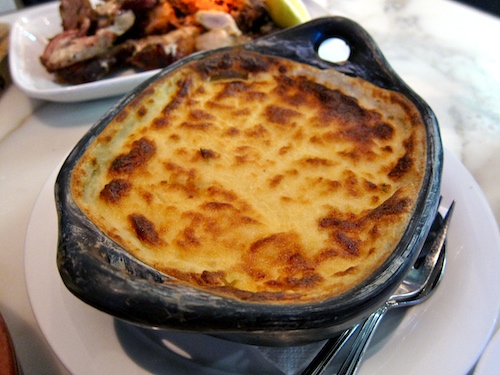 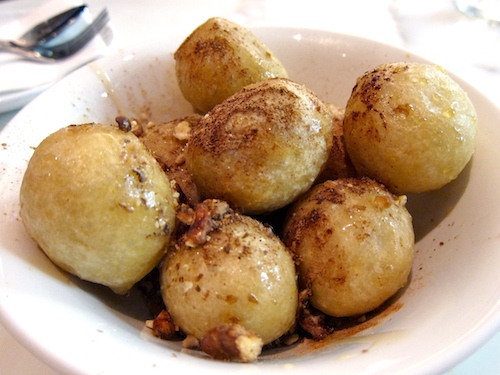 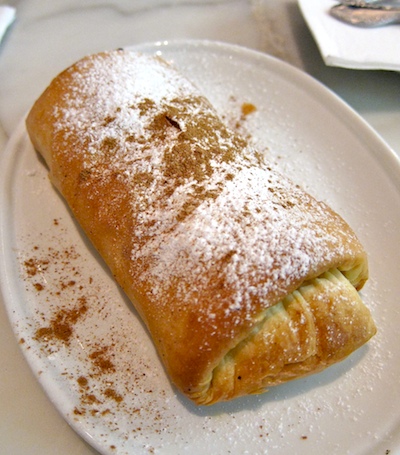 Bougasta - Semolina Custard Pie, Filo Pastry
I didn’t mind the Baked Pasta but R thought that it wasn’t well-seasoned enough. Dessert was the one thing that we probably all agreed on. I don’t think Hellenic has converted me in the “dessert department”. The batter on the donuts was too thick so it was just too heavy to end the meal with. Maybe that’s the way Greek desserts are meant to be but they just aren’t to my liking. But they definitely won’t deter me from coming back the next time I’m back in town. 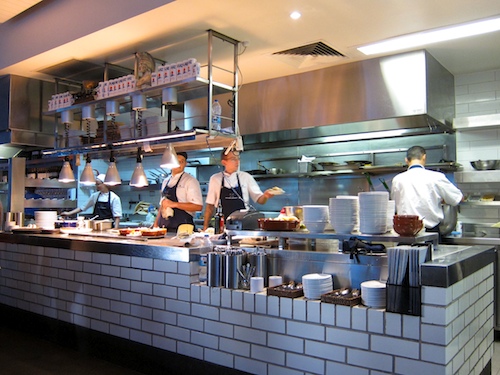 posted by sooks at 9:52 PM
Email ThisBlogThis!Share to TwitterShare to FacebookShare to Pinterest