mighty bouche with claude's + the dip. 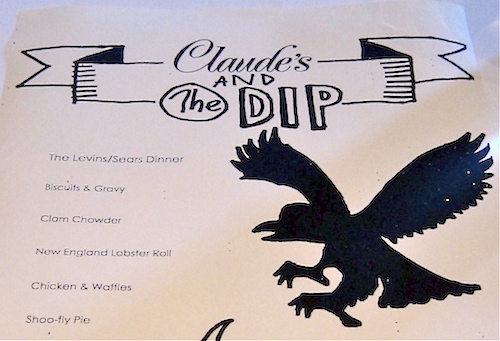 It’s funny how I’ve never been to Claude’s on days when the regular menu is served. The first time I visited was over a year ago for a special Hakka dinner during the Crave Food Festival which you can read about here. Then I returned again a couple of nights back for one of the special dinners that’s leading up to their closure for renovation. This time, it was an American-themed dinner which featured a collaboration with Andrew Levins from The Dip. There seemed to be quite a bit of hype built up for the event probably because it was mentioned on the papers. To be honest, I didn’t know what to expect in terms of the type of food that was going to be served. And because of that, I was pleasantly surprised to see a menu of American favourites when we got to Claude’s. 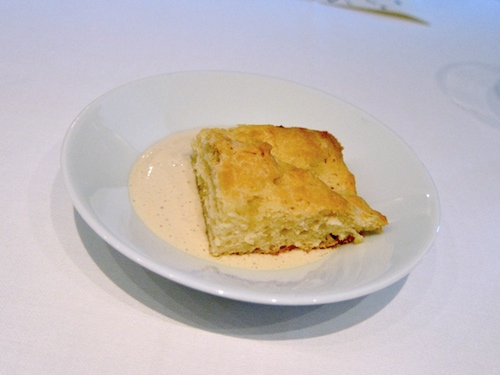 Dinner kicked off with a little amuse bouche of Biscuits and Gravy. This was nothing like the greasy and indulgent dish that I had in the US. Instead, this biscuit was slightly dry and the gravy needed a stronger sausage flavour since it was claimed to be made from pork sausage. Underwhelming would be the word to describe what I felt and I was guessing that the lady at the next table must have felt the same way since she barely touched the dish. 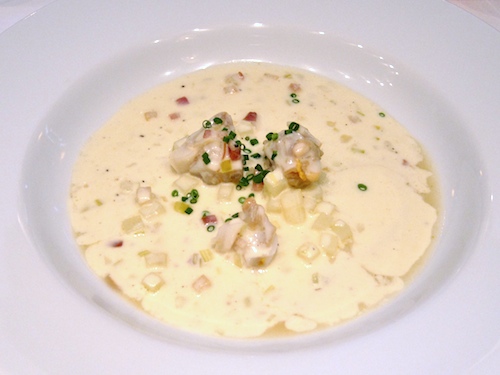 The first course of the night was a marked improvement from the little teaser we just had. The Clam Chowder was delicious although a little too salty even for my salty palate. The clams were large and fresh and the potatoes were all perfectly brunoised. My gripe was with the portion of the dish. The bowl was so shallow that I could see the bottom of it just after scooping a spoonful of the chowder. For a 4-course meal, I honestly was expecting a tad more than the portion we got.

The Lobster Roll received mixed reviews from the diners around me. The ones on the left were oooh-ing and aaaahhh-ing about how delicious it was. The ones on the right took a bite, shrugged and said, “it’s bland.” If this was a gameshow and I was the host, I would have awarded a point to the diners on my right because I agreed with them – the dish lacked seasoning. Maybe it’s because they wanted the lobster to shine. Don’t get me wrong. The lobster was cooked well and its natural flavour wasn’t lost amongst the other condiments but it just needed a boost of some sort to make this a good dish. The sauce made from the roe of the lobster didn’t taste like much and the strips of scallions and celery were almost too spicy for the delicate lobster. And again, the bun was dry. This wasn’t a bad dish honestly but it wasn’t an impressive one either. 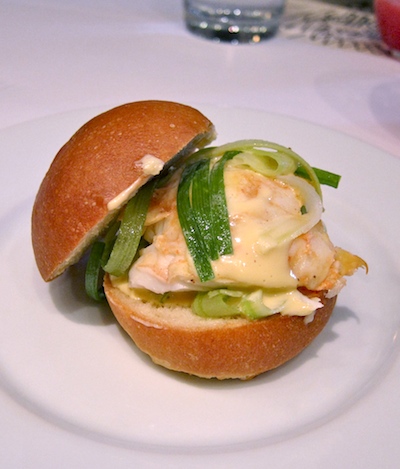 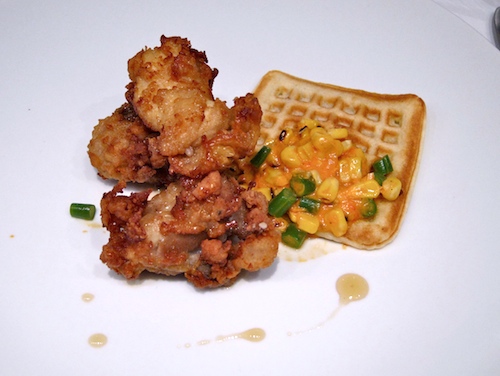 The Buttermilk Fried Chicken and Waffles didn’t help to save the day. The chicken was definitely well marinated but the batter needed a little bit more jaw action than I would have liked. I may not have been to the south of the US to have a taste of the authentic fried chickens there so I can’t question the authenticity but personally, I would have preferred a batter that was lighter and crispier. I liked the tomato and corn succotash and the maple glaze as it paired quite nicely with the chicken but that homemade waffle sure looked “homemade”. There was no crisp on the waffle whatsoever. It was really a disappointment because this was not what I had envisioned the waffles on a dish like this to be like.

The last course of the night was a Shoo-Fly Pie which is basically a molasses tart that is popular in American Southern cooking and somewhat reminiscent of the traditional English treacle tart. The flavours took a little bit of getting used to but it was pretty nice when paired with the banana ice cream. 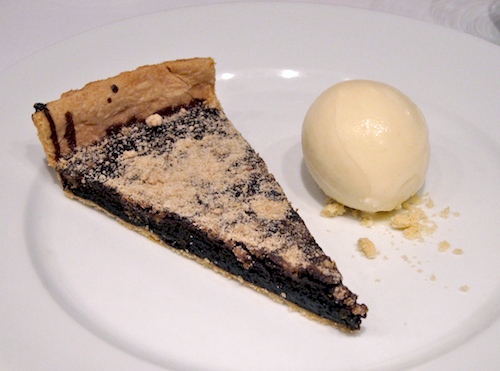 Needless to say, I left feeling very disappointed. And this wasn’t helped by the fact that the dinner had cost me $110 per person. I appreciated the effort that was put in to recreate the American classics but I just felt that the standard of the food that night just didn’t match up to the price I had to pay. Granted that the price was inclusive of a wine pairing but even if that cost was taken out, I think I would have still left an unsatisfied customer. So the question I have to ask myself now is, ‘is it time for me to try Claude's regular menu?’ That’s definitely something to think about.
posted by sooks at 12:53 AM
Email ThisBlogThis!Share to TwitterShare to FacebookShare to Pinterest