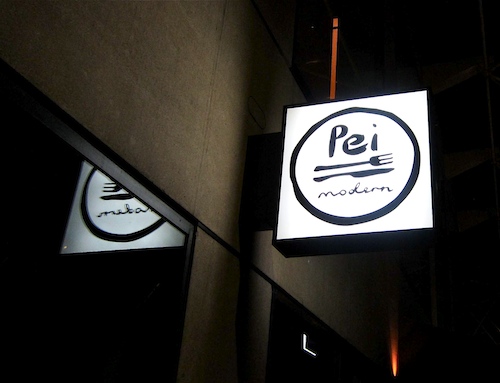 Pei Modern is Mark Best's foray into the Melbourne dining scene but if you're expecting what Mark Best does at his 3-hatted Sydney restaurant Marque, you're certainly at the wrong place. Granted that there are some dishes that were carried over such as the caramelised tomato dessert, the almond gazpacho and dutch cream potatoes dish which blew me away at Marque but Pei is the simpler and less formal sister of Best's flagship restaurant.

Besides those dishes that made Pei's menu from its run at Marque, Best also serves the same sourdough as his Sydney outfit. Delightful really because I recalled liking this bread very much and it certainly was as good as I remembered it to be. 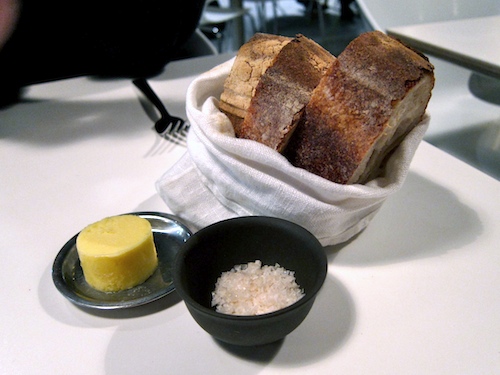 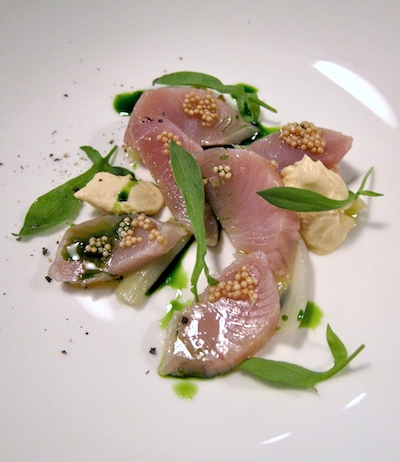 I was honestly blown away by this dish. Sashimi, ceviches and the likes always grab my attention when they're on a menu. I couldn't go past this dish and was glad that I didn't. I wasn't expecting foie gras to go well with the raw fish but it did! Bonito is one of my favourite fishes to have raw because it's such a meaty fish and here, it was firm and fresh. It may seem like there were little ingredients that made up this dish but every component had a deserving place here because they all married so well together. I reckon that this was a very successful dish and one that I would gladly have over and over.

The Almond Gazpacho with Blue Swimmer Crab should not be foreign to those who might have tried this dish at Marque. I've actually had this dish but paired with different ingredients and presented differently. This version was however, oddly similar to Sixpenny's signature crab dish except that Sixpenny serves it with macadamia milk. Putting aside the comparison, it was a good dish. It was tasty, the crab was sweet and I liked the sweetness that the grapes brought to the dish as well. However, if I was to nitpick and make comparisons, I thought the gazpacho could have been smoother as it did feel slightly gritty. 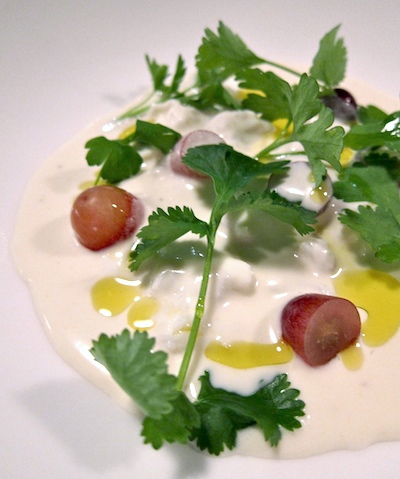 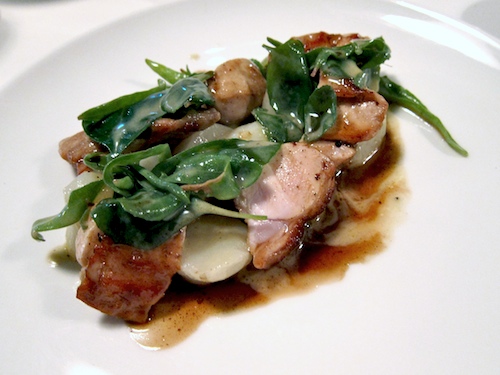 I had my eye on this dish having perused the menu (and some blogs) before I saw the actual menu at the restaurant. What a relief that it was there that night! I loved all components of the dish and thought everything worked well together but what stood out the most for me, was that lovely sauce. It was just so savoury and rich. Another stunning dish this was. 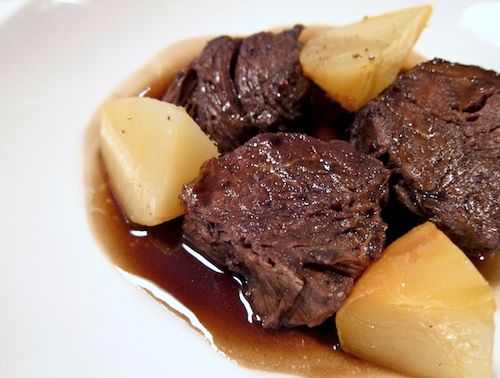 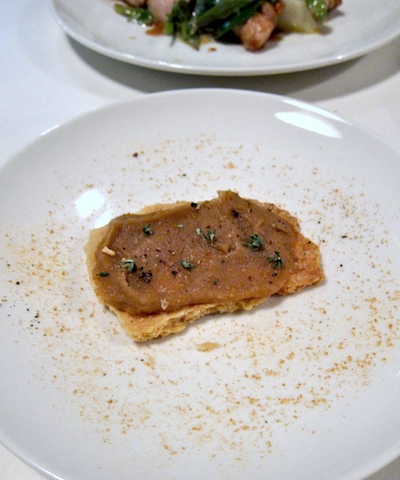 If you're confused at the dish above, I don't blame you. The Braised Shin appeared on one plate and a small piece of onion tart appeared on another. R was slightly disappointed because he was expecting the whole dish to be a tart with braised shin and onions in it. Imagine the disappointment when he saw that he was only getting a small slab of pastry! Anyhow, I just thought the dish was a little disjointed and odd because of how it was presented. Flavour wise, I think both components did well on their own. The shin was extremely tender. The sauce has a lovely glossy sheen and was so rich and flavourful. I enjoyed the swedes very much and thought they complemented the meat well. The onion tart had a nice flaky shortcrust pastry base and was topped with sweet onions which I enjoyed but again, I just thought it was a bit unfortunate that I could not see how it all worked together as one complete dish although I believe that it was an accomplished one.

We couldn't go past ordering the dutch creams which was suggested to be served as a side with our mains. Out of all the dishes, this was the one I was disappointed with only because I was blown away by this dish when I had it at Marque. At Marque, the potatoes were cut finer and the sea urchin was replaced by mojama (a Spanish salt-cured tuna). The dish just lacked a bit of flavour. It wasn't a bad dish really but I guess I had high hopes. As they say it, the higher the expectation, the greater the disappointment. 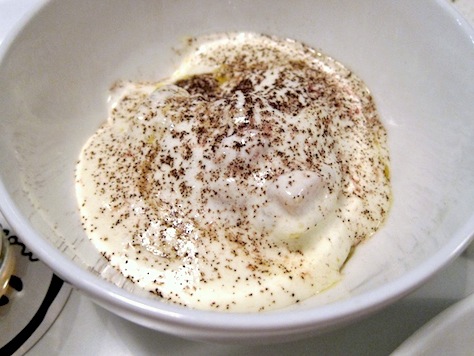 We skipped past dessert because we had been eating so much the whole day and didn't have the stomach space to move on to the sweets after a stellar meal. The food is simple here and as you can see, there are no excessive ingredients on the plates but it definitely does not fall short on the quality of food that comes out of the kitchen. The saying that 'less is more' definitely holds true here in my opinion. And I say Sydney could do with a restaurant like Pei. What say you?
posted by sooks at 1:03 AM
Email ThisBlogThis!Share to TwitterShare to FacebookShare to Pinterest