Housed within the NoMad Hotel, The NoMad opened its doors in 2012 to much acclaim. It shouldn't have come as a surprise as the people behind The NoMad are the same who took over the 3 Michelin Star Eleven Madison Park from Danny Meyer of Union Square Hospitality Group. Like the interiors of The NoMad Hotel, the restaurant was also stylishly decked out, staff were well dressed and the crowd was mostly working professionals, although that could have been because I was there during their lunch service.

The NoMad made it to our list of restaurants to visit purely for this reason you see below. 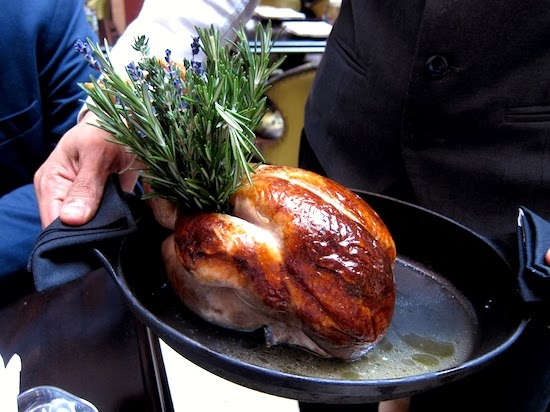 The one dish that The NoMad has become known for is its roast chicken and this dish alone has literally made the humble chicken fashionable again. And it's not just your plain ol' 'chuck in the oven and wait' type of chicken. First of all, a bread stuffing made from foie gras, black truffles and brioche is carefully piped beneath the skin of the chicken breast to avoid damage to the skin. The cavity is then stuffed with lemon and rosemary before it goes back into the fridge for the foie gras bread stuffing to firm up. After which, it goes into a hot oven with butter basted on the chicken skin to give the chicken a nutty brown skin when it's ready to be brought to the diner's table. And this is not where it ends. 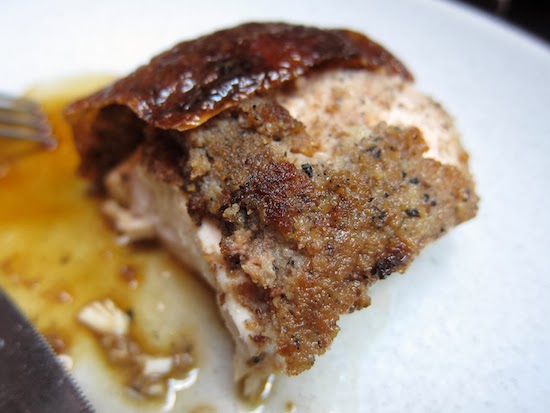 The alluring smell of the chicken lingered through the dining room as it's brought out. The waiter teased us by putting the whole chicken before us, allowing us to take some photos (or perhaps take in the aromas) before it got whisked back to the kitchen again to be carved and served in 2 ways. 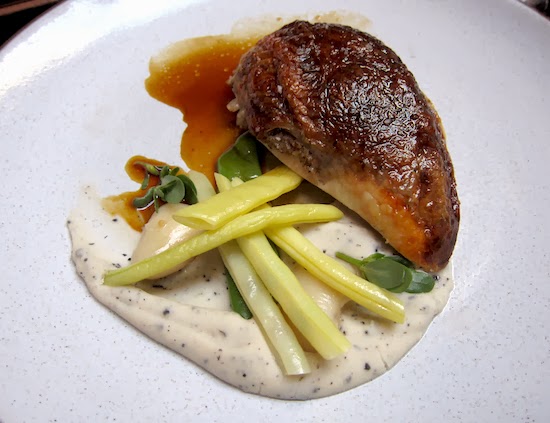 The first way was to have the white meat first which I really enjoyed. The chicken was wonderfully moist, extremely flavourful; an understatement considering the amount of fat that was under the skin and best of all, very tender. And that jus was utterly sticky and delicious. It takes skills not to dry out the breast of a chicken when cooking it and this, was some skilful roasting. What I didn't really like though, were the accompaniments. The white bean truffle puree wasn't all that palatable once it got slightly colder as it was a little on the dry side. The plate also had haricot verts (a french word for green beans) and some other beans which were ok.

The next part was to have the dark meat of the chicken. The meat from the legs are usually still undercooked when the breast is ready for eating so when the whole chicken is brought back to the kitchen for carving, the chefs remove the dark meat from the bones, return it to the pan and prepare it differently for the diners. 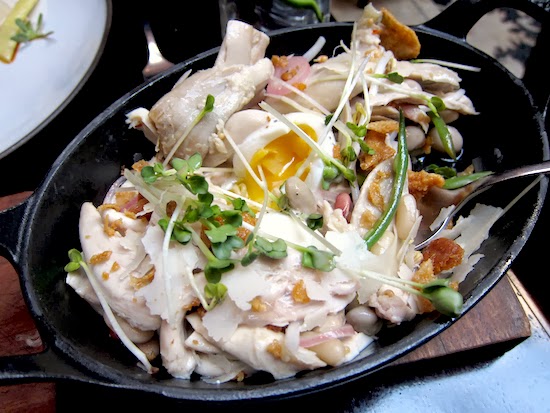 Our dish arrived with more beans (I reckon it must have been in season!). There were sprouts, more green beans, mustard seeds, pickled onions, a soft boiled egg which was supposed to have a runny and gooey yolk to which we didn't really have and some crispy chicken skin bits. This was where I felt a little disappointed. I had looked forward to having the thighs of the chicken prepared in the way that I've seen so many pictures of - with shallots, morel mushrooms and topped off with a vin juane hollandaise. I was expecting rich and savoury but the flavours I got fell a little flat for me. The chicken needed a little bit of a sauce and was slightly too acidic for a dish in my opinion. Plus there was just a lot of beans throughout the meal. I personally think it might have been more successful if there was a little bit of variation in flavours between the 2 preparations. 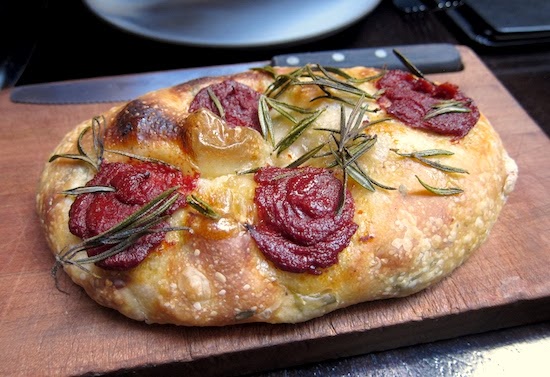 As for the rest of the meal, we started the meal with a crusty loaf of focaccia which was baked inhouse with some sundried tomatoes and rosemary. Quickly following were 2 appetisers which I thoroughly enjoyed. The first is probably one of the most memorable dishes I had during the whole trip as the flavours stuck with me. The fluke was fresh and light and what really stood out was that tomato dashi which had clean flavours and paired perfectly with the delicate raw fish. Excellent flavours and a stunning looking dish it was. 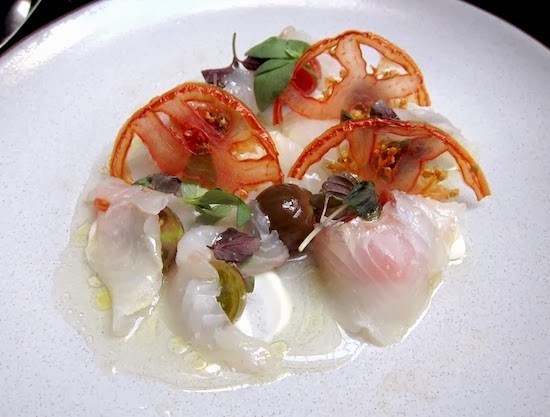 The second entree we had was an excellent tribute to corn which was roasted with tomato, basil and served with corn cream. The cream was lightly and smooth and the dish really highlighted the sweetness of the corn. 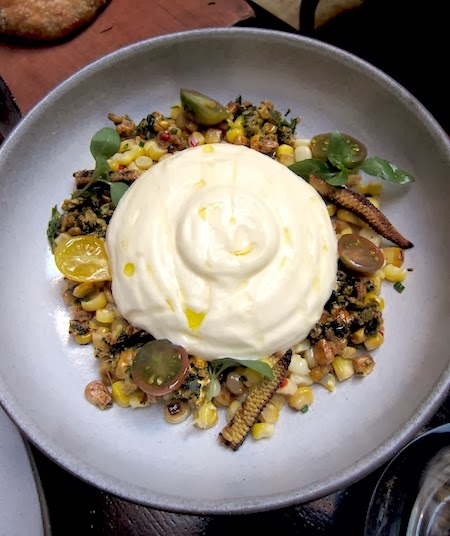 Overall, I thought the meal had its ups and downs but largely, I guess it was the expectations I had (with the chicken) that led to the disappointments. I still think that NoMad's signature dish is a worthy try but sometimes, it can be the little things that make or break what could have been, a great dish.

To read more about how Daniel Humm's roast chicken for 2 is prepared, please see here.
posted by sooks at 11:25 PM
Email ThisBlogThis!Share to TwitterShare to FacebookShare to Pinterest