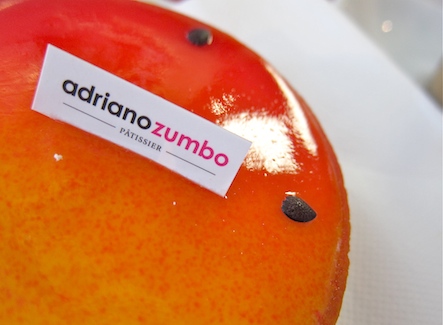 Passionfruit Tart
I have to admit that I never knew about Adriano Zumbo until this year. Well, let's just say I missed out on watching him and his Croquembouche which was featured in Masterchef Australia. I do feel a tad ashamed for missing out on his fantastic creations for so long but as the saying goes, better late than never.

Whilst Zumbo became a household name after his Croquembouche was featured on the tellie, he is probably known best for his macarons (also known as macaroons, if you insist on using the English word) which come in a whole variety of flavours. 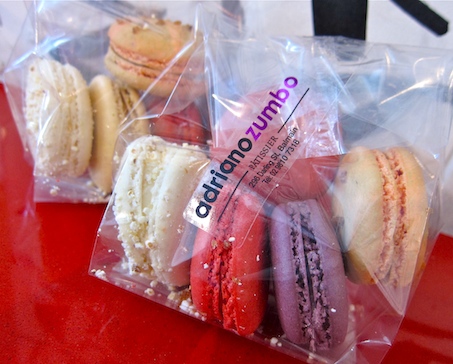 I first tried Zumbo's macarons back in May and I remember the bright colours of red, blue, green and black. More importantly, the taste and texture of the macarons left a huge impression on me. To be honest, I've never been much of a fan as I've often found the ones that I've tried previously much too sweet for my liking. Zumbo's macarons totally changed my perception. I recall having one which had a "surprise" of a strawberry sandwiched right in the middle of the macaron. The Passionfruit macaron I had in July was excellent and in my most recent visit to the cafe, I completely fell in love with the Salted Butter Popcorn macaron. I loved its lightness and how the salt balanced the sweetness. 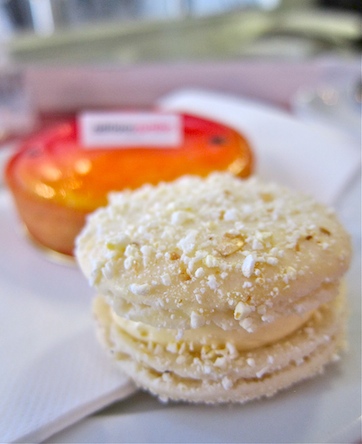 Salted Butter Popcorn Macaron
I also tried other great flavours such as the Beetroot & Raspberry, Forest Fruits and Salted Caramel but stayed away from odd flavours such as Vegemite Sourdough. On hindsight, I probably should have tried it just to satisfy my curiosity. 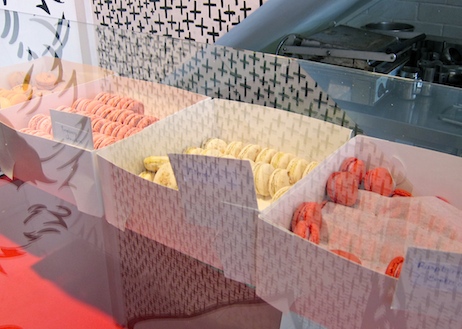 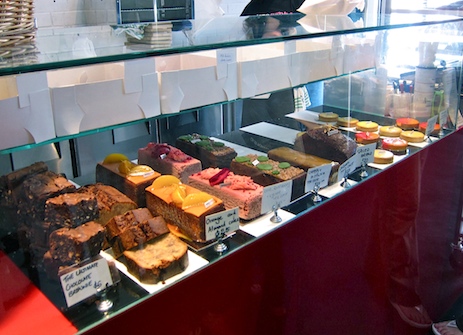 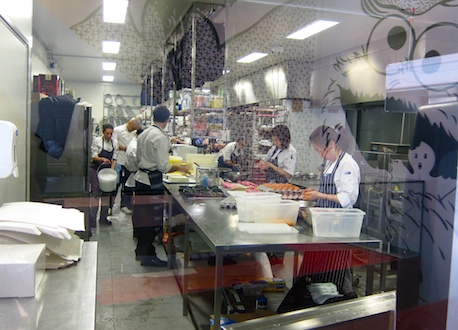 Can you spot Adriano Zumbo in the background?
If you're looking for Zumbo's beautiful dessert creations with their fanciful names, you'll have to head to the patisserie. The café only sells macarons, tarts, tea cakes and pastries. At the café however, sitting on the bar stool watching Zumbo and his chefs at work in the open kitchen is a real treat.
Adriano Zumbo's creations do not disappoint and are always filled with little surprises from his bouts of creativity. Whilst I would say that I tend towards having a savoury palate, Adriano Zumbo has gained a fan and won me over completely.
Zumbo will be hitting us with dozens of flavours for 'Macaron Day' which will be on 6 Nov at the Patisserie in celebration of his birthday. I am absolutely looking forward to it and will pray that there will be some left by the time my turn in line comes. 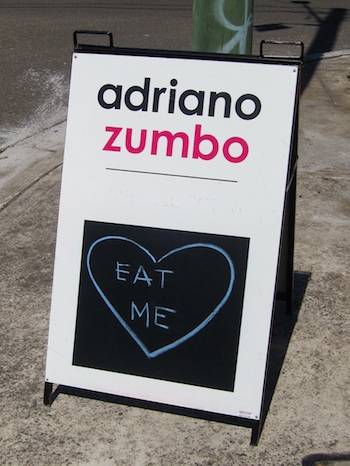 Gladly.
posted by sooks at 2:50 AM
Email ThisBlogThis!Share to TwitterShare to FacebookShare to Pinterest